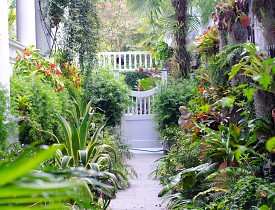 I have a degree in biology, which means I’ve spent more than my fair share of time hanging around with earthworms. And let me tell you - they’re awesome critters! They're so great that most pest control companies don't exterminate them. The biggest problem that earthworms commonly cause is attracting animals that like to eat them. Pest control experts in Houston report that armadillos frequently go digging for earthworms, ripping up local lawns in the process. Nevertheless, here’s three great reasons to respect (and maybe even admire) these slimy little subterranean sweeties:

1. Earthworms till the soil. Sometimes referred to as “nature’s plows”, these tiny tillers work their magic by building their burrows beneath the surface. As they wiggle and wriggle and dig – sometimes their squirming takes them 3 or more feet down into the ground – they stir up the subsoil. All that tunneling moves the deeper, mineral-rich earth upwards to where the roots of plants can use it. Earthworms allow plants to access additional nutrients which would otherwise be beyond their reach.

2. Earthworms aerate the soil. An extension of the moving and mixing described above, as the wormies move the mineral-rich “new” dirt up towards the surface, they also encourage air to penetrate further down. They leave behind little tunnels, which allow the air to reach much deeper into the subsoil. Keeping the soil oxygenated is key for the growth of beneficial bacteria. The more oxygen-rich the soil, the more bacteria can live there. The more bacteria colonizing the area the better – more decomposition, nitrogen fixation, and nitrification.

3. Earthworms smooth out the soil. As they move, they eat. (Not a bad life, huh?!) In one end goes the soil, food pieces, and other organic matter. Out the other end comes lovely little worm pellets – called “castings” – which are full of amazing organic nutrients to fuel a growing garden. Castings are considered one of the most precious fertilizers. Earthworms literally eat old plants and turn them into new plant food. It’s a perfect circle! As well, by breaking larger particles down into smaller ones, they make those smaller particles available for microorganisms to use. The microorganisms – bacteria, fungi, protozoa, and more – deconstruct the soil even further, contributing to the process of decomposition and compost. Nature has the recycling thing down pat.

So I know, they’re still not cute and fuzzy and you probably won’t want to cuddle up to one. But hopefully, at least now you’ll have a better understanding of these beneficial garden buddies. Maybe you’ll avoid stepping on them when they’re making their way across the concrete sidewalk. Maybe you’ll even pick them up and help them along. Drop them off in your garden – you’ll be doing the both of you a great favor.