How Swamp Coolers Stack up to A/C 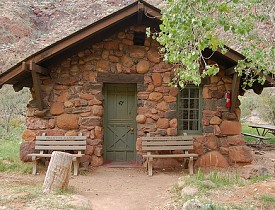 Evaporative coolers combine a fan with the power of evaporative cooling. They pull in dry air and dampen it through a wet pad, then blow the wetter air into the home. As the moisture evaporates, the air temperature can drop by as much as 30 degrees. Moreover, as with other fans, the blowing air can make the air feel another six degrees cooler. It’s the same principle as feeling cooler as sweat evaporates from your body.

Both individual single-room swamp coolers and central systems are available, and are fairly inexpensive (though newer units pre-cool the air and cost roughly as much as central air conditioners).

There are several advantages of swamp coolers over air conditioners, but a couple of significant drawbacks.

• Swamp coolers use as little as a quarter of the energy of a standard central air conditioning system. The Sacramento Municipal Utility District estimates city residents can save about $150 per year on electric bills by switching to a swamp cooler. Savings may be far higher in hotter and drier climates.

• Some utilities and municipalities offer rebates for swamp coolers.

• Swamp coolers typically run on 120-volt power, so they can use standard outlets, rather than the separate and dedicated circuit that many air conditioners require.

• Swamp coolers should cost less to install than central air conditioners, and may require simpler ductwork. Talk to an HVAC pro in your area about installation.

• Swamp coolers do not use refrigerants that could be environmentally harmful. Many air conditioning refrigerant chemicals deplete the ozone layer and may contribute to global climate change.

• Swamp coolers draw more fresh outside air into the home.

• Swamp coolers are most effective at the peak heat of the day, when the air is typically driest.

• Swamp coolers are less effective in wet climates or even on humid days. On hot, wet days, a swamp cooler really can make the house more swamp-like, by blowing hot, wet air into the home.

• Swamp coolers use up to 15 gallons of water per day, which may be a concern in desert areas.

• The pumps used in some swamp coolers are not very powerful. Two reputable contractors comment on Hometalk.com that a kink or obstruction in the line can cause a swamp cooler not to function. Flushing out the water line is a relatively easy repair, but could be annoying in the heat of summer.

• Maintenance is essential for both cooling systems, but swamp coolers require relatively expensive replacement parts. The moist pads, which retain moisture without developing mold and mildew, must be replaced up to twice per year. The best pads are made with aspen wood shavings, and cost up to $40 for a set.

Calculate the best size cooler for your home

To determine the size of a swamp cooler, calculate the volume of space you need to cool and cut the number in half. The resulting number is the ideal value of the swamp cooler, which are measured and rated in cubic feet per minute (cfm), or the cubic feet of cool air blown into the home per minute. For example, a 100-square-foot room with 8-foot ceilings has 800 cubic feet of space to cool, so would require a 400 cfm swamp cooler.

Installing Nest Thermostat Almost As Hard As Learning To Use It