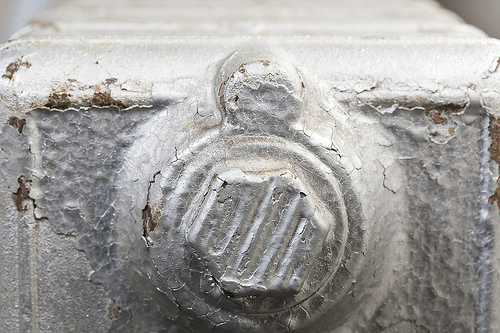 The story of home radiators begins in the 19th century and features a motley cast of characters, each with its own temperament and vulnerabilities. There are steam radiators, relics of very old homes; hot-water radiators (which may resemble old steam beasts or alternatively, have sleek, modern bodies); and hydronic baseboard heaters -- sometimes called convectors -- which in recent history have been eclipsed by in-floor radiant systems.

But the theme unifying them all is water. And water inevitably leads to leaks. If your home radiators are leaking, the first step is identifying the type of system you have and tracing the radiator leak to its source. For some of you, there might be an easy fix ... and a happy ending to your own radiator story.

For Those with Baseboard Heaters

Are your radiators essentially copper or steel water pipes covered with thin metal fins? Then you have hydronic (water-based) baseboard heaters. Look for a small metal nipple near one end; this is an air bleeder valve, used to purge air from the piping system. If it's leaking, try to tighten it, typically with a flathead screwdriver or a special valve key.

If your heater doesn't have a valve (many don't) or the radiator leak seems to be coming from the piping -- perhaps a fitting, the section with the fins, or the piping at either end of the heater -- stop reading and call a plumber. The system must be turned off and drained down so the leaky fitting or pipe section can be replaced.

Now that the baseboard crowd has cleared out, let's look at the most common cause of leaking home radiators: a leaky control valve. Both hot-water and steam radiators have a valve -- usually operated with a simple knob -- that controls the flow of water or steam into the radiator (one relatively rare type has two pipes and two valves).

If you find water on or near the valve, there's a good chance the valve has a worn washer, gasket or packing material inside that's failing to seal around the valve stem. You can try to repair this yourself: replace the failed seal or add some packing (also called stem or bonnet packing), a special string that you wrap around the valve stem and compress with the packing nut (typically the first nut below the handle). Valves also can leak internally or at the union nuts joining the valve assembly to the system pipe or the radiator.

NOTE: Always turn off the heating system and let everything cool down before attempting repairs. Opening up or replacing the control valve may require draining the system.

For those of you with one-pipe steam radiators, identified by a single pipe serving the radiator, remember to keep the valve all the way on or all the way off. It's not designed to moderate the heat, and closing it partway leads to problems, including a leaking radiator valve.

You might find that your home radiators are leaking from areas other than the control valve. A steam radiator can leak from its air vent, the cylindrical or bullet-shaped metal device located on one end near the top of the radiator. These vents are designed to release air, not water, and they should always point straight up. However, if they're pointing sideways or downward, they might leak water.

Old home radiators that are leaking from their bodies may simply be rusted through or may have worn joints where the radiator sections meet via short pipes called nipples. Try to plug pinhole leaks in radiator sections and nipples, using an epoxy or cold-weld material (such as JB Weld) applied to the radiator's exterior; unlike with car radiators, there's no "stop-leak" solution you can pour into a leaking home radiator.

It's possible to replace nipples, provided you have the unthreaded type, you can find replacement parts, and you can disassemble the radiator. Units with unthreaded nipples have metal rods that bind the sections together; those with threaded nipples don't have rods, and the nipples almost certainly fused to the radiator sections many decades ago and are thus non-removable.