Habitat Fragmentation is for the Birds 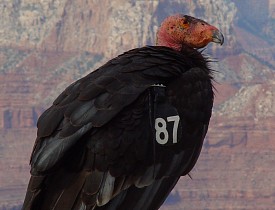 Of approximately 10,000 bird species worldwide, an estimated 13 percent are threatened with extinction. Human pressures on their habitats are a significant contributing factor to their decline. Birds aren’t just beautiful to look at; they also play a vital role in the natural world, as part of a complex food chain that includes smaller and larger animals dependent on birds as food sources, venues for seed distribution, and more. With vanishing bird species comes growing concern about the environmental impacts of species loss.

Researchers across the world are studying bird populations to learn more about the specific threats they experience, and what can be done about it. One major area of concern is habitat fragmentation, which Rhiannon L. Crain, PhD, a Project Leader at the Cornell Lab of Ornithology, explains occurs “when large tracts have been subdivided into smaller parcels such that the total habitat area is no longer contiguous; you can think of it like a puzzle where none of the pieces actually touch.”

She notes that you can see the effects of habitat fragmentation for yourself by looking out the window of an airplane. As you soar across farming land, you’ll see the land divided into a variety of tracts large and small, and those get much denser as you approach suburban and urban areas. The closer you are to a major city, the fewer plants and trees, and that’s an entirely human-created problem.

As human populations settle and spread, looking for more land to develop, they break up the habitat even more. Between cutting large tracts into smaller parcels for development and sale, building up urban areas, converting open farmland, and installing recreational facilities in formerly pristine areas, humans intrude on the natural environment. They have a tendency to break it up with different types of uses, dividing roads, and other introductions that permanently change the landscape, turning it into a new and unknown world for the animals that formerly inhabited it.

“Just because birds can fly doesn’t mean that every bird can utilize any piece of the puzzle. While some birds are generalists, and can thrive in many different habitats, many require very special environmental conditions in order to successfully feed and breed. It turns out that one of the special conditions required by many birds is large, unbroken tracts of habitat, especially birds of the grasslands and forest interior,” says Dr. Crain.

For birds, it makes sense to have a large breeding ground, because every “edge” in their habitat creates a potential threat, whether it is from wildlife, passing cars, or developments. While the United States has a lot of forests across the continent as a whole, they aren’t very contiguous. Birds seeking the security to nest, breed, and raise families can’t find a plot of land big enough. Meanwhile, migratory birds are also affected, because they can’t find anywhere to safely rest, eat, and drink on their way to seasonal breeding grounds.

Michelle Frankel, PhD, Deputy Director of Development for Audubon Connecticut, points out that neotropical birds are “showing a serious decline for a wide range of reasons: habitat destruction in the tropics; fragmentation and loss of breeding ground in North America; and also there’s growing evidence that part of the reason for their decline is loss of stopover habitat. [They need] places to rest and refuel during migration.” Birds are more likely to die during migration when they can’t feed and rest, and once they reach their breeding grounds, they tend to be less successful without the energy reserves they’d normally get from having a stopover.

Both women are working with campaigns to preserve green space for birds, and to involve members of the public in citizen science initiatives which connect them with the issue, in addition to showing how they can help. It is part of a growing trend in the sciences to work directly with the public through programs intended to demonstrate that you don’t have to be a scientist to contribute to research.

Dr. Frankel works with the Urban Oasis program started by Audubon to preserve urban green space. She explained to Networx that while the Audubon Society wants to preserve some of the last great green space in the United States, the organization is also concerned about urbanization and the high cost of conservation efforts in cities. Since it’s often not feasible to buy and preserve land, they’ve taken a slightly different tack, promoting backyard bird gardens and the restoration of existing areas to make as much space as possible for migratory birds.

Urban Oasis uses citizen science to direct their efforts as efficiently as possible. They ask participants to conduct bird surveys, reporting on the types of birds they see, what kind of fodder they prefer, and where they see them. This helps the organization identify priority species and locations, and determine what kinds of trees and plants would be most beneficial to establish in restoration efforts. This information also informs best practice guidelines for public landscaping ranging from schoolyards to hospitals, and the Audubon Society provides information to developers interested in making more bird-friendly landscaping a part of their projects.

One success story is on Cove Island, located in Long Island Sound. Birders had long flocked to the site, which became known as a secret jewel, and eventually “local neighborhood birders formed a friends group with the guidance of Audubon Connecticut and helped raise money and get support from the city to restore this brush dump into an amazing coastal habitat for migratory songbirds and other wildlife.” With additional funding from the Disney Worldwide Conservation Fund, they’re expanding the scope of their Cove Island conservation project, creating a demonstration garden in a highly public area of the park to educate people about habitat fragmentation and building bird-friendly spaces.

They’re also getting children from the local schools involved, allowing them to participate in hands-on learning about birds and creating habitat. Educating the next generation of scientists is an important aspect of successful citizen science, raising awareness about these issues to increase involvement.

Dr. Crain explains that “A new citizen-science project called YardMap helps you get the most from your yard, all while helping scientists collect data about how gardening practices affect birds.” This kind of data collection is critical and hard to get through other means; by receiving hundreds of submissions from participants, they end up with a substantial body of very diverse data that will help them and other researchers. Her project uses similar citizen-science tools, inviting people to make detailed ecological maps of their yards, log bird sightings, and meet up with other people concerned about birds and habitat conservation.

She stresses that though individuals often feel like they can’t make much of a difference in the bigger picture, researchers beg to differ. “It often feels like a small, meaningless act to remove a portion of your lawn and replace it with native vegetation similar to that found in the grasslands and forests near your home. It turns out, however, that scientists think even these small acts provide welcome relief to birds and other wildlife by contributing to green corridors through heavily urban areas, or by providing a buffer between more wild landscapes and harsher urban spaces.” Every little bit counts when it comes to creating more space for birds, and conservation organizations are there to help people do just that.

Homeowners who'd like to help by making their own backyard landscaping more bird-friendly can contact local branches of the Audubon Society or birdwatching groups for plant lists and recommendations. If they want to go larger scale, they can ask about projects to restore parks, green ways, and other spaces in their communities. Volunteer labor may be needed for tasks ranging from brush clearance to bird census-taking.