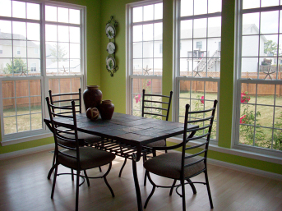 When most people think about energy efficiency, once they stop talking about solar panels, they usually get to windows.  “My windows are so old,” or “They’re only single pane glass,” or “I need to replace them,” and so on, much if it fueled by the replacement window industry selling the energy savings. Unfortunately, in most cases, those savings just aren’t there, at least not at the level at which they sell them.

There’s a joke about window replacement that goes something like this: After her windows were replaced, a woman had yet to pay the bills she kept getting from the contractor who did the work. Finally, a year later, the contractor got her on the phone and asked her why she had not paid for them. Her response: “Do you think I’m stupid? Your salesman told me that in one year the windows would pay for themselves. It’s been a year!”

There are numerous studies showing that when you figure out the amount of energy (and money) saved by replacing windows, it can take anywhere from 10 to over 100 years for it to add up to enough to pay for the window installation. Not everyone replaces windows just to save money. Sometimes windows are just plain ugly. If you want to put in new windows because you don’t like them, go right ahead.  Just don’t expect to save enough energy to make financial sense.  Most wood windows can be repaired and storm windows added at a lower cost than replacement, and you'll save almost as much energy.  If you go this route, you can fix the windows then spend all the extra money you saved to improve insulation, air sealing, HVAC systems, and come out way ahead. Baltimore HVAC contractors Blue Dot suggest having an in-home energy audit – it's a sure way to determine if your windows actually are playing a part in your home's energy loss.

The problem is that people selling replacement windows have a product that people can touch and feel, and see after they are installed.  This is sort of like solar panels, or even a new car – you can show them off to your friends – unlike the more important stuff that you can’t see – like duct sealing, air sealing, attic insulation, and lots of other things, most of which fall into the category of Home Performance. But most of those things aren’t cool, or sexy, or even visible after they’re installed.

It’s the same reason some people will spend a lot of money on granite counters and fancy appliances but won’t spend anything on better insulation or more efficient HVAC systems.  If you can’t see it, it doesn’t matter.  Except when they start getting really big electric bills – then they start looking for ways to save money. That’s when those window salesmen swoop in and convince them that their windows will “pay for themselves” in a year.  It’s too bad that home performance isn’t as sexy or as easy to sell as those fancy windows (or granite counters).  Maybe some day enough people will understand that fixing up the important things is a better investment in efficiency than windows (and granite counters). In the meantime, we will have to put up with the promises we get from window replacement contractors.

Green building consultant Carl Seville writes for Networx. Get home & garden ideas like this on Networx.com.