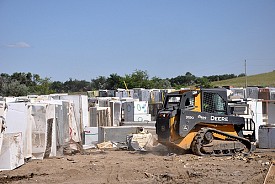 Catastrophic damage to your home is probably one of your worst nightmares as a homeowner, whether you live in a blizzard-prone area, a region wracked by earthquakes, or a floodplain. The National Flood Insurance Program addresses at least one of those issues by providing subsidized insurance to homeowners who need coverage for homes at severe risk of flooding. After some Congressional wrangling over the program and significant proposed changes, Congress appears to be backing off, retaining major subsidies for qualifying homeowners.

This is mixed tidings. On the one hand, homeowners who need help rebuilding after the destruction of hurricanes, winter storms, and other flooding events benefit from this helping hand, which helps not just with their own homes but with their communities as a whole. Critics argue, however, that the program encourages people to build, and keep building, in flood-prone areas; the reforms suggested by Congress initially demanded that people take on more of the risk.

Cases like a home on the Eastern Seaboard that was rebuilt nine times with taxpayer dollars through the program illustrate the shortcomings of not considering serious reforms. The luxurious beach residence is in a prime position for beautiful ocean views, but it's also a prime spot for flooding during major weather events, resulting in numerous claims on the same property over the years by owners who enjoyed financial protections through the NFIP. FEMA estimates that 12,000 homes across the nation have been rebuilt at least four times using NFIP dollars, with at least two of these rebuilds occurring in a single decade.

Private insurers are often reluctant to cover flood-prone properties, and charge high premiums when they do, as their risk assessors have to consider the potential for a payout. The NFIP, on the other hand, takes everyone, and offers cut rates that private insurers can't compete with. Consequently, more and more homeowners choose this program, and thanks to the increase in severe weather events, the program can't pay for itself, as premiums have been kept artifically low. One of the reforms proposed in Congress was an increase in premiums, and while that has been retained, it's much lower than originally established.

When NFIP money is used to rebuild second homes and wealthy estates for owners who receive additional grant money for elevating and other flood prevention measures, it can stick in the craw of taxpayers who think the money is poorly used. On the other hand, low-income homeowners who can't afford traditional flood insurance and would be ill-equipped to hire an Orlando roofer or a remodeling crew to rebuild their homes rely on the program for support when their homes are damaged.

The compromise on the NFIP is certainly not the last word on the subject, but in the meanwhile, homeowners who live near the water should be thinking about what they can do to reduce the burden on the NFIP. Buying a home on a floodplain is a risk, but there are ways, such as elevating structures, adding berms, and creating better drainage, that people can use to mitigate it. The government, and many taxpayers, would like to see these risks and costs assumed by homeowners, and a more functional NFIP might consider income and assets before offering coverage and grants to homeowners.

My In-Ground Basketball Hoop Is Installed And Ready To Go