Concrete Curing: How to Avoid a Bad Curing Job 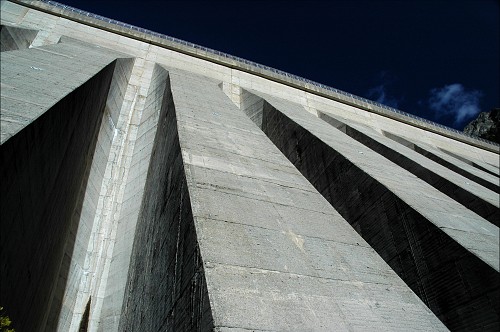 Out of all of the steps involved in mixing and using concrete, the step of curing is one of the most important -- and, crucially, a part of the process that can easily go wrong if proper precautions are not taken. At its most basic, curing is the hardening and strengthening of concrete after it has been poured to form or fill any number of things -- walkways, cracks, building components and materials, and much more. This makes correct curing an especially important step in the use of concrete. In order for concrete to cure properly for maximum strength, hardness, wear and weather resistance, and stability, there are some things to watch out for:

A bad curing job -- or worse, skipping the curing step entirely -- will likely have one major sign as the curing process takes place: dry concrete. This is particularly dangerous in locations with hot or dry climates; thus it is essential to keep an eye out for dryness, cracks and dry patches in fresh concrete for at least three days after it is poured. Hot and/or dry curing concrete is not strong concrete! Skimping on the curing step is also likely to come back and destroy the concrete (and all of your hard work along with it) later on; improperly cured concrete is more susceptible to cracking, buckling due to temperature changes, lack of overall strength, lack of abrasion resistance, and many other problems. This is why it is important to cure concrete the right way early on, so that it will be less resistant to damage later.

A good curing job, on the other hand, will keep the new concrete hydrated and humid through the curing period -- instead of the water evaporating and drying out the concrete prematurely, a proper curing process will keep the concrete moist and at a consistent temperature (usually 50 degrees to 75 degrees F) for three days after the initial pouring.

So, how can you ensure that your concrete cures properly so that it becomes durable and strong? Most importantly, you need to keep the newly laid concrete moist and protected for three to five days after it is laid -- the first three days are especially critical, as the concrete will permanently set during that time period. To keep the area properly damp and protected for a small job, spray the concrete with water every day (to moisten it) and use plastic sheeting to protect the work area; for bigger jobs, a process called ponding may be necessary. Ponding is pretty much what it sounds like: using the concrete surface and barriers around the perimeter of the fresh concrete (made with a material such as sand) to hold a certain amount of water in a pond-like formation so that the concrete can cure well.

Bigger jobs may also necessitate the use of a chemical compound to protect the work area if plastic sheeting cannot cover the entire area; such compounds work similarly to plastic sheeting, but are sprayed over a large area of fresh concrete in order to keep the right amount of moisture in while the concrete cures.

Above all, you need to keep the concrete’s temperature consistent and humid so that it can cure correctly. If you take a little extra time during the curing process to treat your new concrete the right way, the concrete is sure to do its job for years to come! If you need help with your next project, seek out cement contractors in your area for help and their expertise.

Our New Concrete Sidewalk Is Just What We Were Hoping For