Many homeowners who want clean, green energy will buy and install solar panels. However, a solar array can be prohibitively expensive. Moreover, solar panels are not an option for many renters, condo owners, homeowners in covenant-controlled communities and others. 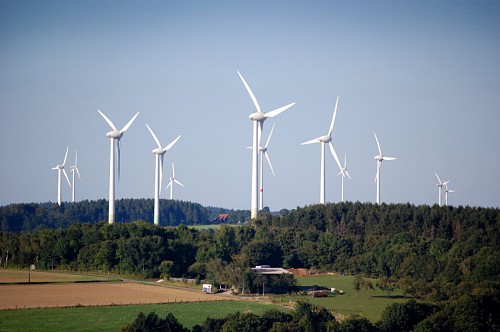 For those of us who can’t afford solar panels or are unable to install them, there are many other options for getting clean energy in your home, including green pricing, cogeneration, solar leasing and more.

Coal and natural gas contribute 67 percent of all U.S. electricity, according to the U.S. Energy Information Administration. However, many major utility companies have branched out into green alternatives, including wind, solar, hydroelectric, landfill gas, and biomass.

The combined electric grid system prevents utility companies from delivering hydroelectric energy, for example, directly to selected consumers. Instead, utility customers can use power generated by a mix of green and conventional options, but pay extra to support the utility companies’ green investments.

The U.S. Department of Energy lists utilities that offer green pricing options. The biggest green pricing program in the country is currently Portland General Electric, which sells 834,125 Megawatt hours of green energy each year. Electricical contractors in Portland are working with energy that is derived from hydro, wind, and biomass if their customers opt in to the Green Source program.

Community renewable energy programs operate on a smaller scale than major utilities such as Portland General Electric, but are a more direct way for individuals to get energy from renewable sources.

Some community programs offer a way for homeowners to pool their resources to invest in renewable energy. For example, 18 residents of a small town in Colorado bought shares in a community solar array, and get renewable-energy credits each month on their electric bills.

Other community programs may be citywide green-energy programs run by municipal utilities and small private power companies. In some such cases, every resident pays for and uses green power.

Cogeneration, or combined heat and power (CHP), is the production of electricity, heat and hot water from the same natural gas or similar individual source. To be sure, natural gas is a fossil fuel, but CHP is greener than most natural gas energy production. The heat generated in electric production is typically wasted, but with CHP, such heat is captured and reused for space heating and hot water.

American DG Energy and other companies offer on-site CHP systems for buildings. On-site companies own and operate the systems, and sell power to building owners and users. Such a system may not be a practical option for many single-family homes, but may be ideal for apartment and condominium complexes. You will need a highly specialized HVAC expert to install such a system.

A similar solar option may be more practical for single-family homes. Instead of buying solar panels, homeowners can reduce upfront costs by leasing panels. Solar leasing companies such as SolarCity can install, operate and maintain solar panels on homes and other buildings. Homeowners then buy power at competitive rates from the panel operator.

Homeowners who are concerned about their carbon footprint have a range of clean energy options beyond the standard solar panel installation.