Septic Tanks: How to Maintain Them 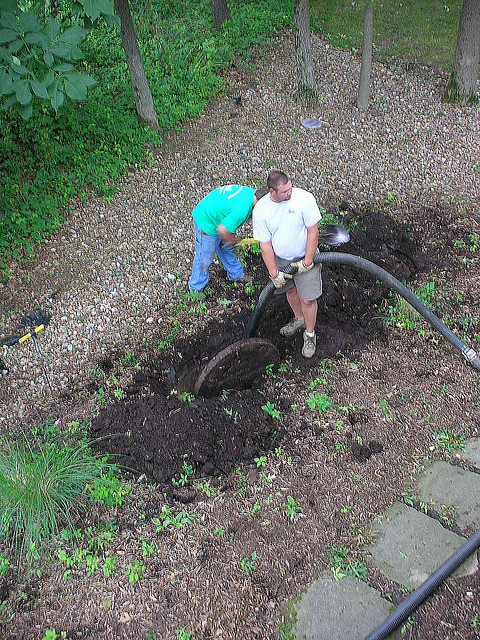 The Commonwealth of Virginia advises homeowners to routinely have their septic tanks pumped out every three to five years.

However, the frequency with which your tank needs to be pumped may vary depending on the size of the tank and number of people in the household.

The use of additives to help maintain the system is not recommended. They will not extend the amount of time required between pumping, and, although they may not harm the septic tank, they could contaminate the soil. As mentioned earlier, the most effective method of breaking down the solid matter in the sewage is allowing the naturally present bacteria to digest it.

Therefore, limiting the use of water in the home will go far in prolonging the life of the system.

Never dispose of toxic or hazardous chemicals by dumping them down the drain as they have the potential to contaminate groundwater.

Refrain from putting any plastic, cloth, or unnecessary paper products into the sewage system.

Avoid using garbage disposals as they accelerate the accumulation of solids in the holding tank.

Never park vehicles or place other large objects on the drain field, as this will compact the soil and reduce its ability to treat wastewater. It also may damage the network of drain pipes within the field, causing them to need to be replaced.

Avoid planting water-loving shrubs with deep root systems or trees near the drain field, as roots could damage the pipes, or they could change moisture levels within the soil causing it to be less effective.

Effluent from sump pumps and roof drains should not be discharged in the vicinity of the drain field, as this could keep the soil too wet, reducing its capacity to absorb the waste water and causing it to puddle on the surface, creating an environmental and health hazard.

All septic tanks should be checked on an annual basis to ensure they are working properly. Baffles, specially designed pipes which allow the sewage into and out of the tank, need to be checked to ensure they are not worn or damaged. The level of sludge (the material that accumulates at the bottom of the tank) needs to be measured to determine when the system should be pumped. If the tank currently does not have observation tubes, it is recommended that they be installed to facilitate the monitoring of these solids.