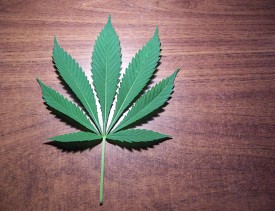 Hemp is an eco-friendly and durable alternative to plywood, drywall, and other building materials. Don’t expect to find hemp products alongside pine two-by-fours and gypsum board on your next trip to an American big-box store, however. Though hemp construction materials are gaining popularity in Europe, drug laws in the U.S. prevent industrial hemp cultivation. Still, imported hemp construction materials are gradually becoming more widespread.

Hemp is a fast-growing, sustainable crop. It is relatively easy to grow organically without herbicides or pesticides. It is considered one of the most productive fibers, generating up to 25 tons of construction-grade hurd fiber per acre.

Some consider hemp to have been among the first domesticated crops, dating back at least 10,000 years. Since then, it has been used in thousands of products including food, fiber, paper and, increasingly, construction materials.

How to Use Hemp

Hemp concrete is a mix of hemp hurd fiber, lime and water that can perform as a light, mildew-and flame-resistant, insulating building material for interior or exterior walls. It is perhaps the most common hemp-based construction material, and has been widely used in Europe for many years, though it has only recently been used in the U.S.

The Building Research Establishment in England compared hempcrete homes with traditional brick construction, and found the hempcrete construction process used less energy and created less waste. Meanwhile, the completed home takes less fuel to heat, but offers comparable water-tightness and durability, with walls that might be expected to last an estimated 800 years. According to the study, the main problem with the hempcrete was acoustic: it did not block sound as well as traditional construction.

Of course, hemp’s advantages can be overstated. It is widely described as carbon-neutral and seven times stronger than concrete. However, the manufacturers of Hempcrete, a leading hemp concrete brand, insist it is not stronger than concrete, and should not be used in a structural capacity. Their product is only approved for use aboveground and alongside lumber or other framing. The carbon claim is based on the idea that hemp cultivation traps more carbon than lime production generates, but of course, the carbon equation is much more complicated ... particularly in the U.S., where all hemp is imported, adding carbon used for transport.

The other major commercial hemp construction products are hempboard, a medium-density fiberboard, and hemp insulation batts.

Other proposed or proven hemp construction materials include:

• A Canadian company has won national agriculture awards for its Enviroshake roofing material. It mimics cedar shakes, but is made with 95 percent recycled materials, including scrap leftover hemp fibers. It also carries a lifetime warranty and is reportedly more resistant to mold, fire, insects and mildew than shingles.

Why It's So Expensive

For now, hemp building materials are more expensive and more carbon-intensive because they must be imported. Industrial hemp cannot be grown in the U.S.

Despite the fact that industrial hemp has virtually no THC and therefore none of the recreational or medicinal value of marijuana, the Drug Enforcement Administration bars the cultivation of any cannabis in the U.S.