Help! My Boiler is Making a Strange Smell 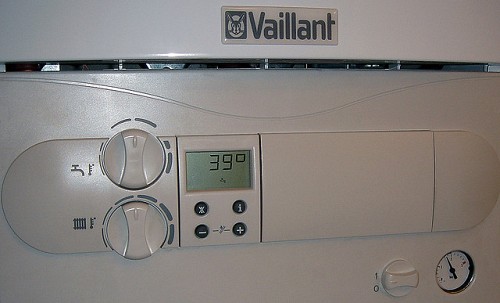 Water boilers and heaters are a necessary -- if usually hidden -- part of many households. Although many people use the terms interchangeably, water boilers are distinct from water heaters. While water heaters heat and store water, water boilers comprise a series of copper tubes that both heat and pump water through a house or apartment building.

Why Do Boilers Produce That Rotten Egg Odor?

A common problem with boilers and water heaters alike is that they can start to give off a smell best described as “rotten eggs.” This unfortunate smell is not a symptom of the boiler or heater breaking down -- nor is it a sign of danger -- but it is powerful and pungent, and for that reason you’ll want to deal with the stench sooner rather than later when a boiler is making a strange smell.

The rotten egg/sulfur odor that plagues many boilers and water heaters is caused by anaerobic bacteria, which commonly grow in the magnesium and aluminum parts of both pieces of equipment. These parts, called sacrificial anodes, need to be replaced from time to time. The warm, dark, and moisture-prone environment that many boilers and water heaters provide -- combined with the typically enclosed space of a basement -- is very attractive to bacteria, especially the stinky anaerobic bacteria responsible for the sulfur smell.

One major difference between a boiler and a water heater is that boilers have many more parts that are more complicated to fix. While you can fix some water heater problems by yourself -- with basic know-how and standard tools — it is best to hire a professional plumber to repair boiler issues since their parts, pipes, and valves are much more complex than those of most water heaters, and thus require expertise to repair. When a boiler is making a strange smell, HVAC professionals can also quickly diagnose any other problems it may have.

In general, to ensure that your water heater’s anodes are replaced correctly, it’s best to have a plumber come in and take a look (or a sniff, as the case may be). Many plumbers will replace one or more anodes with an aluminum-zinc alloy anode, which will cut down on the number of bacteria, although this method tends to be much less effective if you use a water softener.

There is also one “quick fix” method that you can use to lessen the rotten egg smell until the plumber arrives:

1. Shut off the cold-water valve on your water heater, then run a hot water tap somewhere in your house to relieve pressure.

2. Next, drain a little water from your heater, open the heater’s access valve, and pour a few pint-sized bottles of hydrogen peroxide inside. The peroxide will kill some of the bacteria and reduce the smell somewhat.

3. Then seal the valve back up.

4. Leave the peroxide in the tank for a few hours.

5. Turn the cold-water valve back on and flush out the peroxide by letting the cold work its way into the heater, then letting more water run from the taps in your home.