7 Electrical Use Mistakes That Will Cost You 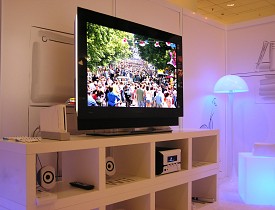 It is remarkably easy to waste electricity in our homes. Good thing it’s also quite easy to minimize this waste. Replacing inefficient equipment is important, but much of the wastage can be solved by making low or no-cost changes, which often just means a change in behavior. Cut out these 7 common electrical use mistakes to reduce your energy consumption – and your utility bills.

Starting with the simple stuff, an amazing amount of electricity is wasted by just leaving things on when not needed. Ceiling fans are the worst culprits – if you aren’t sitting under a fan, it isn’t doing anything but wasting energy. Turn fans off when you leave the room, period. If you’re too lazy to flip a switch, then invest in timers or occupancy sensors that will do it for you.

Mistake #2: Leaving the TV On

TVs run a close second to fans, and since they make a lot more noise, they should be easier to remember to turn off. Far too many people leave multiple TVs on all the time, and truthfully, I have no idea why. Are they lonely? I’ve even seen people who leave them on for their pets while they are away. Just turn the television off unless you’re watching a show. Also, since they also use energy even when they’re off, put TVs on a power strip that you can easily switch off to save even more energy.

Along with TVs, we leave on too many lights, both inside and out. If you’re leaving a room, you won’t need lights, so turn them off. If you don’t have timers, photocells, or motion sensors controlling outdoor lights, hire a local electrician to install some and program them so they work properly. No sense having a timer that doesn’t turn a light off during the day.

The last bits of low-hanging fruit are bathroom vent and HVAC fans. It’s a good idea to use your bath fan after a shower, but it’s important to turn it off after about 25 or 30 minutes – don’t leave it on all day.  And in most cases, it doesn’t make sense to run your HVAC fan full time. It uses a lot of energy, and unless your house and ducts are really well sealed, it brings unwanted hot or cold outside air into your home, too. Go to your thermostat and make sure the “fan” setting is set to “auto” instead of “on.”

Many big homes have electric water heaters located far away from the bathrooms, and builders usually resolve this by installing pumps to circulate the hot water full time around the house. This system is very convenient for people who like hot water right away, and it does save resources since you don’t have to run cold water down the drain waiting for the hot stuff to arrive. On the other hand, it wastes a lot of energy making hot water that is never used and it acts like a radiator, heating up your house -- something you really don’t want in hot weather. If you can’t move your water heater close to your bathrooms, try swapping the pump for a demand- or timer-operated model, and if possible, insulate your hot water lines.

Mistake #6: Opening Windows When the HVAC System is Running

You don’t need a programmable thermostat as long as you remember to turn your manual thermostat up and down so you aren’t heating or cooling your house too much when you’re not there. Programmable thermostats, if they are set properly, can do this for you, saving energy in the process. But all this effort to save energy will be for naught if you open your windows for “fresh air” while the HVAC is running. Don’t do it! If the weather’s nice, turn off your HVAC and open things up. If it gets too cold or too hot, close the house up tight and turn the system back on.

Finally, look at your lightbulbs. I know that there are lots of strong opinions about CFLs and LEDs, but they are way more efficient than incandescent bulbs, prices are coming down, and quality is going up. Give them a shot and don’t bust my chops just for mentioning them, okay?

Carl Seville is a green building consultant who writes for networx.com.