15 Old Tools That Are Better Than New 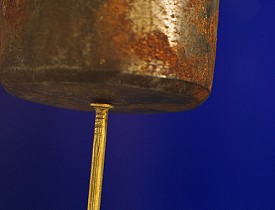 When I was growing up I spent hours exploring the nooks and crannies of my grandfather’s workshop. As a Depression-era individual, he knew the value of things, and much to my grandmother’s dismay, he tended to collect a wide variety of those things. Years later, as a college student, I was given a handful of these tools, and when the time comes I hope to pass them on to my children, or future grandchildren.

One of the many tasks my grandfather did to earn a living was watch and clock repair. Deep in the recesses of his workbench, I recovered a pair of tools I still use today:

Some other old classics include:

I’m glad we live in today’s era, where we have the ability to choose. Many modern devices can perform circles around their former counterparts, and often make the best choice. But we still can select classics from the past if so inclined. New is good, but sometimes old is better.