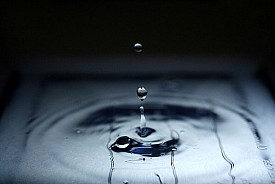 March 22nd marks World Water Day, a yearly global event to raise consciousness about ongoing water scarcity, particularly in the Global South. While many of us in the United States take an ample supply of hot and cold running water in our comfortable Minneapolis bathroom remodels for granted, we enjoy luxurious circumstances compared with many other global citizens, and the wasteful way we use water comes with a high longterm price. In honor of World Water Day, we've rounded up some distressing facts about water scarcity and inequality worldwide:

1. A child dies of water-related illness every 21 seconds

Limited access to potable water increases the risk of developing infectious diseases like cholera, which flourish in dirty water. Children in particular are vulnerable due to their developing immune systems, which put them at significant risk both of infection and complications. Diarrheal disease, commonly caused by microorganisms found in dirty water, is the second leading cause of death for children under five around the world.

2. Over one billion people still use open toilets

How does all that water get so dirty? One reason is open defecation, which is a polite way of referring to relieving oneself outdoors. Lack of septic and sewage processing systems forces people to defecate in the same places they eat and drink, which means they constantly reinfect themselves. In fact, more people have mobile phones than toilets.

Sources of water that are clean and secure are thin on the ground in regions like Africa and India, where people drink from dirty wells or are forced to rely on water distribution to meet their drinking water needs. Globally, that works out to one in nine people worldwide who doesn't have access to clean drinking water.

4. Sub-Saharan Africa hosts more water-stressed countries than any other region

Between climate conditions and economic scarcity, residents of this region of Africa struggle more than any other global citzens to get safe drinking water. Forget indoor plumbing -- some don't even have enough water for basic cooking and sanitation tasks, let alone drinking.

5. An average American shower is equivalent to a day's water use for many slum residents

Imagine wasting your entire water ration on a single shower. That's basically what Americans do every time they hop under the showerhead, although most of us don't know it. While there is equipment available to reduce water use in the shower including low flow showerheads and showerheads with a kill switch to cut off water while soaping up or shaving (just turn it back on to rinse), we still waste tremendous amounts of water in the bathroom.

6. Of the 60 million new urban residents annually, most migrate to slums

People of all ages and walks of live move to urban environments to seek a better life for themselves and their families. While that might conjure up an image of walking the streets of New York with stars in your eyes, for many people in the developing world, it means settling in outlying slums and marginalized communities where safe water sources are unavailable.

Think that water scarcity is a problem limited to the Global South? Think again. Lack of water access occurs across the industrial world, including the United States, Europe, and other Western regions.

Much of the work when it comes to securing water to drink, cook with, and bathe in goes to women, who devote hours of their time to collecting water. Once they have, their jobs aren't done: they still need to cook, clean, take care of children, and perform other household tasks.

9. People living in slums can pay as much as 10 times more for their water than wealthy residents of the same cities

This economic disparity forces people with limited access to water to make harsh choices about how they use their water supplies. Without access to ample fresh water, cleaning is more difficult, posing health risks to children and families.

10. Up to 700 million people will be displaced by water scarcity in the coming years

In arid regions of the world, shrinking water supplies are posing a risk to agriculture and human health. This will push residents out of these areas, putting further pressure on urban environments and contributing to the growth of slums.

Want to help out? Check out the UNICEF Water and Sanitation Programs -- I donated two days worth of water to people in need while I was writing this article!